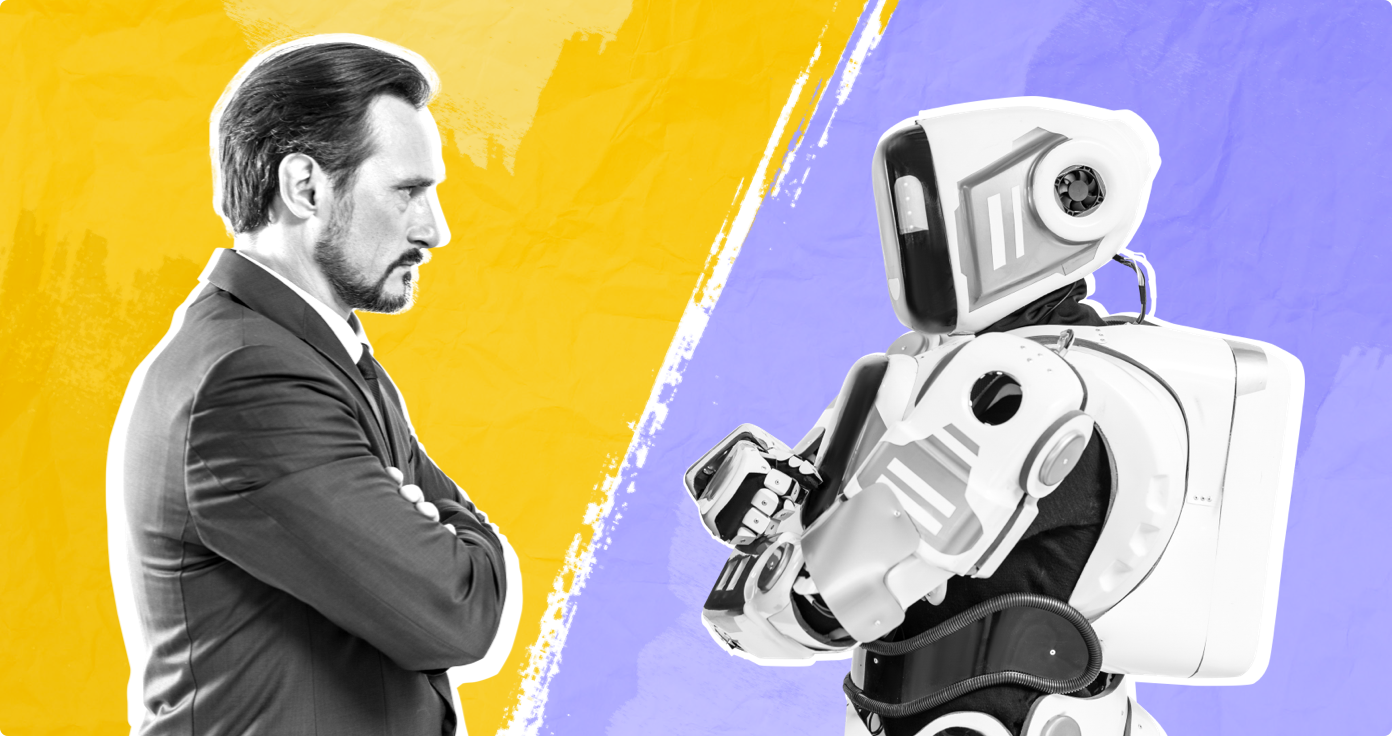 Despite robotic process automation being a growing trend, there’s still controversy surrounding the practice. While businesses continue to praise the benefits that a “blended workforce” delivers, employees are wondering how soon they will be replaced by robots. But how exactly do humans and robots coexist today? And is there any reason to sound the alarm of a “robotic apocalypse”?

By the way, you can watch the video below to learn how to use no-code automated Bots for managing your workflows in airSlate:

Stephen Hawking has warned that AI could “spell the end of the human race”. I am here to convince you not to worry. Artificial intelligence will not destroy humans. Believe me.
– GPT-3

We’d been proving that there was value to it. Then around Covid, we said OK, we can accelerate drug discovery and get patients through the cycle faster.
– Kyle Cousin, head of Takeda’s digital service line

With the help of airSlate, NewSchool of Architecture & Design streamlined the process of student form submission by creating required rules directly into the forms. This way, the documents are forwarded to the correct department for approval and then back to the Registrar’s Office in the form of an email that gets delivered to their Customer Management System.

These new form rules eliminated any need for having to scan files and upload them into the system manually. We’ve also done away with keeping paper files since the chance of loss of documents is now very minimal.
– Allen G. Mutchler, NewSchool’s Registrar